In Egypt, Protests Against Christian Politician. In Israel, Christians Walk in the Streets for Good Friday. 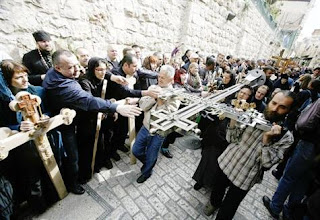 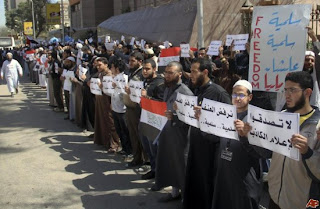 On April 14, Essam Sharaf named eighteen governors in Egypt, and one of them was a Coptic Christian named Emad Mikhael. Today, in Egypt, protesters hit the streets to chant slogans like “Oh freedom where are you ... Mikhael is standing between us and you.”

What's wrong with Governor Mikhael? Well, apparently he had some connections to Mubarak's regime (I bet the other governors do too.) But the main problem is that he's a Christian. And that is something that conservative Islamists in Qena, the city he comes from, are not going to put up with.

Meanwhile, in Jerusalem, Christians from all over the world met to share the experience of Good Friday, the Friday before Easter, in the city where Jesus taught his followers.

Oh peace, where are you?