From the South Africa Mail and Guardian
Posted by Fatima at 10:56 AM No comments:

I Am Nujood, Age 10 and Divorced

Nujood Ali, a ten-year old Yemeni girl forced into marriage with a repulsive older man, refuses to put up with the injustice of the terrible abuse she suffers daily at his hands. Against tremendous odds, she will not back down until she gets what she wants: a divorce.
Najood tells her own amazing story with the help of co-author Delphine Minoui
Bucking the forces of age-old customs, family disapproval, and the tabu of "bringing shame to her family", Nujood's bravery and determination never flicker nor flag. She is completely sure of the justice of her cause, of her own self worth, and her faith in God. Really, Nujood is just an regular kid, like any other; she likes to play, to draw pictures and learn to read, and she loves her family--not so different really than millions of other girls who live in this mostly impoverished society, where men have the final word, no questions asked. But she has an internal strength to never question herself, and the simple belief that right will win out.
I think that, although Nujood's world may seem impossibly remote to our own, her book has universal appeal. It's the story of courage, of human rights, of passion and of compasssion. Little Nujood manages to find powerful allies within the justice system, including a remarkable attorney named Shada, and international support from women's and human right's groups, such as Oxfam. Her success has already inspired a few other young girls in similar situations to obtain justice. And it can inspire people like me, who, by comparison, live blessed lives, to believe in, and stand up for ourselves.
Thankfully, Nujood is recovering from the trauma of her ordeals. Hopefully, she will still enjoy being a child for a while longer. Gratefully, she has been able to return to school and sate her thirst for learning. Wonderfully, she has found a great reservoir of compassion for others who suffer. Inspiringly, she has set her sights on higher education and tireless work in the cause of justice, as an attorney or, possibly a journalist. You go, Nujood, the world is watching!
Posted by Fatima at 6:14 PM 1 comment: 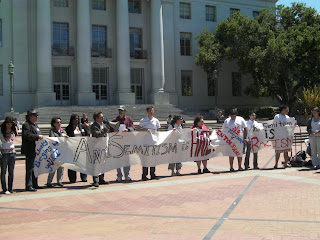 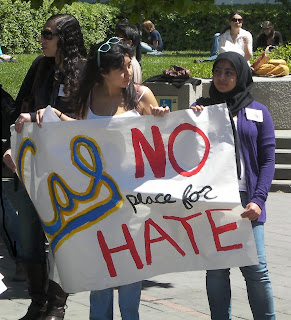 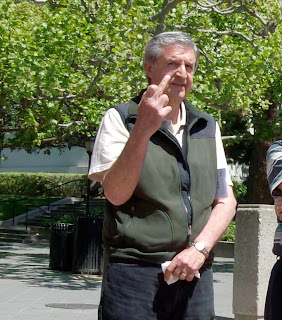