Inspired perhaps by the Full Monty, friends in Gaza are thinking about creating a jihadist (freedom fighter) of the month calendar. For fundraising, of course. For the children 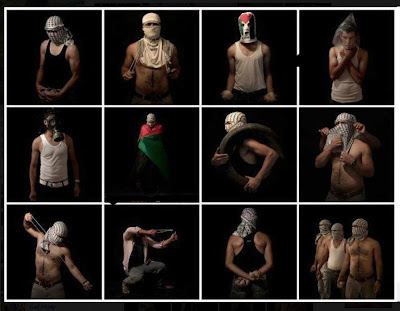 I kinda want to tell April playmate of the month "This bag is not a toy".

They fear children growing up with a bright future

RAMALLAH - From corner fruit stalls in Hebron to chic Ramallah ballet studios, Palestinian women are making their mark in business, some out of necessity and others looking to break the gender mold and pursue a dream.

For Shyrine Ziadeh, a 24-year-old Birzeit University graduate, that dream was to open a dance studio.

Now the proud owner of the Ramallah Ballet Center, the first in the West Bank, her sunny, top-floor studio is flooded with classical music and mirrors stretching from wall to wall. Little girls plié in pink ballet shoes and jump over fairy wings.

"I want to develop girls," she said. "Ballet helps develop their point of view in life. We need such things in Palestine."

This works in many ways. We need strong women leaders. We need them as examples and as role models. We need women to be educated and to have the inner strength to follow their dreams- even if that dream means saying no to marriage at 18 to a second cousin.

We need women who dream.
Posted by Fatima at 7:44 PM No comments: 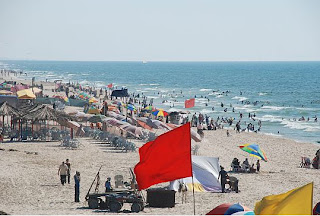 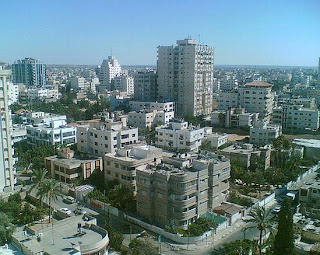 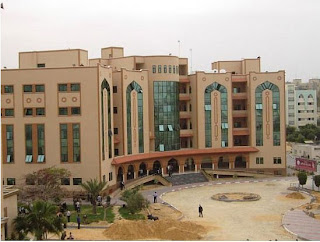 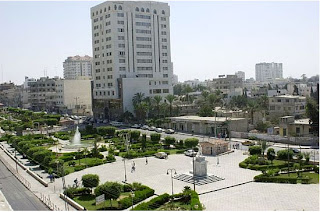 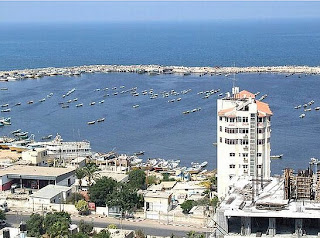 More views of Gaza that the ISM doesn't want you to see.

Ask yourself- why are they hiding the truth? Why do they lie?
Posted by Fatima at 11:57 AM No comments:

Arab-Israeli whose kids serve in army supports campaign for equal share of the burden, slams Arab lawmakers for 'perpetuating sense of inequality among Arabs'

Arabs, not just the haredim, must also carry their equal share of the burden, stop complaining and begin serving in the IDF – or at least join the national service program," an Arab-Israeli woman said Wednesday.

During a visit to the so-called "suckers' tent" - an encampment by army reservists from the 'Equal Burden Forum' who are demanding all Israelis serve in the IDF or perform national service – Anet Haschaya (43), said "the Arabs in the country must give more of themselves to get more."

Haschaya is leading by example. Her 22-year-old son Deddo was recently released from the army after completing two years in the Duchifat Battalion; her daughter Suha, 20, serves in the IDF Education Corps, while 19-year-old Hussam is expected to be recruited to the Golani Brigade after completing a year of national service (shnat sherut) in the south.

"Israel's Arabs shouldn't try to turn back time, but raise their heads high and look to the future," she said.

Haschaya, a Muslim, was born in Akko. Twenty years ago, after her divorce, she moved with her children to Kibbutz Yechiam, and today she resides in Kfar Vradim, where she manages a hair salon. "I was born and raised (in Israel). I have no other homeland.

"My children studied in the Jewish school system and were taught to love the homeland and contribute as much as possible," she told Yedioth Ahronoth.


"In my opinion, the Arab MKs are only looking out for themselves, instead of caring for the Arab public," she claimed.

"Instead of bringing Arabs closer together, they are perpetuating their sense of inequality. They (MKs) are disparaging the country – and the country is paying them to do it! Those who wish to fight the country should leave and do so from the outside," she said.
Posted by Fatima at 11:42 AM 1 comment: