I went to the ANSWER rally in San Francisco last Saturday and was dismayed to see so many people holding pro-Hamas signs. Don't they know that Hamas is enforcing Sharia law in Gaza? Women are under pressure to cover up so as to be "modest." To be out as a lesbian in Gaza is to be a dead woman. Yet progressive activists, who I am sure must support feminism and LGTB rights, support Hamas! There is a huge disconnect here. I am really frustrated by the LGBT group called QUIT: they also support regimes that kill and torture lesbians and gay men.

We Arab/Muslim lesbians must talk to QUIT members and find out why they support the supporters of Sharia law.
Posted by Huma at 7:16 PM 2 comments:


Sixty Israeli Bedouin women came in busloads from the Negev to join a total of 500 Israeli Arabs in a protest against honor killings in their communities. They constituted the largest continent of women, thanks to the work of Hind el Sana, a lobbyist in Shatil’s Bedouin Women’s Leadership Project. The demonstration was held in the city of Nazareth.

Israeli MKs (Members of Parliament)and the mayor of Nazareth attended this rare demonstration for Women's rights. A diverse and multi-generational group carried signs and banners in Arabic, many bearing the names of murdered women.

The demonstrators called for an “end to the murder of women who are thought to sully the honor of their families by violating traditional, patriarchal restrictions on relationships between men and women. A young woman who dates a young man without her parents’ consent falls into this category.”

“There is no honor in this crime” declared MK Masoud Ghanayem.
MK Muhammad Baraka added: “Whenever someone kills his sister, his daughter, his wife, he does not become more honorable, but he becomes a murderer and villain.”

Seven women were killed to protect "family honor" in the Palestinian territories in the first month of the year 2010. The Palestinian Authority applies the Jordanian Penal Code in the West Bank , but this reduces the penalty if a murder is committed under the pretext of "issues of honor".

Palestinian President Mahmoud Abbas committed to changing this law by International Women's Day of 2010. It has not yet happened
Posted by Fatima at 6:52 AM 1 comment:

Not all of us are doctrinaire haters. But you knew that. Tell me you already knew that?
Posted by Fatima at 5:45 AM 3 comments:

Banned in the UAE!

My little neglected blog has hardly gotten started- and I feel guilty about it everyday. But I just received a bit of significant news. I've already been banned in the UAE!

After all, gay Arab women don't exist there, and thats their story, and they are sticking to it.

I'm not terribly concerned. At least somone noticed.
Posted by Fatima at 5:34 AM 2 comments:

Whipped for Appearing in Court without a Man. Saudi Justice

Read about it here

Sawsam Salim has been sentenced to 300 lashes and one and a half years in jail for appearing in court without a male chaperone and filing complaints against government officials who harassed her for doing so. Salim first appeared in court unchaperoned in 2004 requesting to get her husband, who could have been such a chaperone, out of prison.

“In Saudi Arabia, being a woman going about her legitimate business without a man’s protection is apparently a crime,” Nadya Khalife, women’s rights researcher at Human Rights Watch, said in the statement. “The government needs to free Sawsan Salim and keep its promise to end this discriminatory system.”

The system requires women to get permission from a male relative to go to classes, work, to travel, open a bank account or receive non-emergency medical care. It also requires a woman to be accompanied by a male guardian to conduct public business, HRW said.
Posted by Fatima at 9:41 AM No comments: 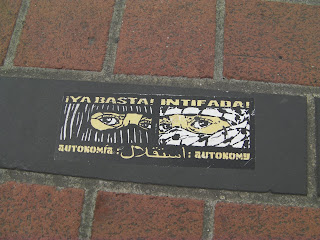 Gendercide Killed, aborted or neglected, at least 100m girls have disappeared—and the number is rising

...The destruction of baby girls is a product of three forces: the ancient preference for sons; a modern desire for smaller families; and ultrasound scanning and other technologies that identify the sex of a fetus. In societies where four or six children were common, a boy would almost certainly come along eventually; son preference did not need to exist at the expense of daughters. But now couples want two children—or, as in China, are allowed only one—they will sacrifice unborn daughters to their pursuit of a son. That is why sex ratios are most distorted in the modern, open parts of China and India. ....


It is no exaggeration to call this gendercide. Women are missing in their millions—aborted, killed, neglected to death. In 1990 an Indian economist, Amartya Sen, put the number at 100m; the toll is higher now.

...All countries need to raise the value of girls. They should encourage female education; abolish laws and customs that prevent daughters inheriting property; make examples of hospitals and clinics with impossible sex ratios; get women engaged in public life—using everything from television newsreaders to women traffic police. Mao Zedong said “women hold up half the sky.” The world needs to do more to prevent a gendercide that will have the sky crashing down.
Posted by Fatima at 10:24 AM 1 comment:

Despite continuing resistance from religious and cultural elites, women in the Middle East and North Africa have made modest progress in achieving certain rights over the past five years. While women in the region suffer from greater inequality than do women elsewhere, they now enjoy more economic opportunity, fewer barriers to education, and expanded ability to participate in the political process than they did five years ago. These are the conclusions of Women’s Rights in the Middle East and North Africa: Progress Amid Resistance, a new study released today by Freedom House.
“These findings remind us of the complexities of women’s status in the Middle East,” said Jennifer Windsor, executive director of Freedom House. “There are more women entrepreneurs, more women doctors, more women Ph.Ds, and more women in universities, than ever before. However, substantial roadblocks remain for women pursuing careers. For instance, women in Saudi Arabia are allowed to earn law degrees, but not to appear in court on behalf of their clients.” She continued, “and these same women are still subject to abuse at home, lack child guardianship rights, and are legally compelled to be ‘obedient’ to their husbands.”

According to the study, 15 out of the 18 countries in the region recorded some gains in women’s rights over the past five years. Kuwait, Algeria and Jordan saw the most significant progress while Iraq, Yemen and the Palestinian Territories—countries enduring internal conflict and the rise of religious extremism—are the only countries to record overall decline.

Some important developments include:

· Kuwait: In 2005, women received the right to vote and run in elections as candidates. In 2009, they reached another milestone when four women were elected to the parliament for the first time in the country’s history.
· Jordan: Advocacy efforts by women’s rights activists helped to secure the Family Protection Law in 2008, which provides key safeguards against domestic abuse, although some of the law’s most important provisions are not yet enforced. The government also established a specialized court in July 2009 to hear cases involving so-called “honor crimes”.
· Algeria: The 2005 personal status law introduced important changes benefiting women. The new law prohibits proxy marriages, limits the role of a woman’s guardian during marriage proceedings, recognizes the parental authority of custodial mothers, and removes the requirement that a wife obey her husband. Also in 2005, the government enacted the new nationality law, which allows women to transfer their citizenship to their children and foreign husbands, subject to certain conditions.
· Qatar and UAE: Family law was codified for the first time. Before the codification, issues impacting women—such as marriage, divorce, and child custody—were determined based on individual judges’ personal interpretation of Islamic law. While seen as an improvement, the new laws in many instances preserve previous discriminatory practices. Women in both countries experienced notable gains in education and employment, and in the UAE more women were appointed to government posts.
· Bahrain: The first female judge was appointed in 2006 and the government rescinded a law requiring women to gain a male guardian’s approval to obtain a passport. The government passed its first personal status law in 2009, but the law is only applicable to the Sunni population.
· Iran: Since the election of President Mahmoud Ahmadinejad in 2005, restrictions regarding modest attire and gender segregation in public places have been more strictly enforced. Restrictions on free speech have led to the closure of prominent women’s rights publications, and participants in peaceful women’s rights demonstrations have been routinely jailed.
· Iraq: Violence against women—particularly “honor killings”, rapes, and abductions—significantly escalated during the coverage period. But there were also some improvements: women currently hold 25.5 percent of the seats in the parliament, and a new nationality law allows women to transfer citizenship to their children and foreign-born husbands.
· Morocco: The sweeping changes engrained in the 2004 family law have been unevenly enforced, and many women—particularly those who live in rural areas or are uneducated—continue to face discrimination in practice. The new nationality law enables Moroccan women married to noncitizen men to pass their nationality to their children if certain conditions are met. Women also made some political gains, and a 12 percent quota was implemented for the June 2009 local elections.

Full report here
Posted by Fatima at 12:09 AM No comments:

Labels: women in the Middle East and North Africa

An article by Jerome Taylor in the Independent

Sheikh issues fatwa against all terrorists

British imams must do more to condemn terrorism without any "ifs or buts" and should pronounce suicide bombers as "unbelievers" who are destined for hell, a leading Islamic scholar declared yesterday.


The comments were made during a remarkable assault on the ideology of violent Islamist extremists by Pakistani-born Sheikh Tahir ul-Qadri, a prominent theologian who launched a seminal fatwa in London yesterday condemning terrorism in all its forms.

The 59-year-old scholar, who has written more than 400 books on Islamic jurisprudence, told fellow Muslims: "Terrorism is terrorism, violence is violence and it has no place in Islamic teaching and no justification can be provided for it, or any kind of excuses of ifs and buts. The world needs an absolute, unconditional, unqualified and total condemnation of terrorism".

Its about time. I want to see all moderate muslims get behind this.
Posted by Fatima at 6:49 AM No comments: